When it comes to baptism when is the right time to baptize a convert. Some teach immediately upon faith in Christ. Others teach that baptism is a ordinance of the church so the new believer must be in a right standing before being baptized because if not church discipline would follow. For example a young unmarried couple with children recently receive Christ. They plan to marry. Should baptism wait until they are married. If so, what makes certain sins more acceptable than other sins. Is Church discipline more for “spiritual teenagers” and ”adult children” that will not grow up, and baby Christians are expected to be accepted into the family with ”diaper changes” and “behavior issues” expected. Thank you for your ministry.

Thank you for these relevant questions. It seems you are addressing two issues: the timing of baptism and the significance of church discipline-level sins involving one who desires baptism.

First, the Bible does not explicitly command that baptism should be immediately after salvation, but it does imply nearly as much. On the Day of Pentecost, “Then they that gladly received his word were baptized: and the same day there were added unto them about three thousand souls” (Acts 2:41). Of the awakening in Samaria, we read, “But when they believed Philip preaching the things concerning the kingdom of God, and the name of Jesus Christ, they were baptized, both men and women” (Acts 8:12). When the Ethiopian Eunuch believed, he was baptized (Acts 8:35-39). When Cornelius and his family believed, they were baptized (Acts 10:34-48). The same is true with the Philippian jailer (Acts 16:31-34). The implication of the biblical record of the early church is that baptism was administered right away. In fact, the longest recorded period between one’s salvation and subsequent baptism is only three days, and that was Saul of Tarsus (Acts 9:1-18).

Perhaps the timing was not mandated to accommodate the persecuted church’s necessary precautions in identifying spies. In such a setting, baptism was delayed until there was confidence in a candidate’s genuineness.

Regarding your second question, a major factor is whether a local church follows a policy that makes a new convert a church member upon baptism. Some do not make membership simultaneous with baptism for the very concern of a new believer being in a church discipline-level situation. For churches that do make membership simultaneous with baptism, care should be taken if a new believer is currently involved with ongoing church discipline-level sin. In such a case, the opportunity can be taken to teach a new believer who now has the indwelling Spirit to aid understanding.

When I was an assistant pastor, a couple with one child started attending. The lady soon trusted Christ; the man claimed to already be saved. She was excited in her new faith and wanted to be baptized right away, but the couple was not married. So, we simply explained what the Bible says about immorality and church discipline. Then we encouraged her and her boyfriend to get married. They agreed. They split up for two weeks, were then married, and then she got baptized.

Where the Bible is explicit regarding church discipline, new believers can be taught what the Bible says and encouraged to trust the Lord to enable them to obey. 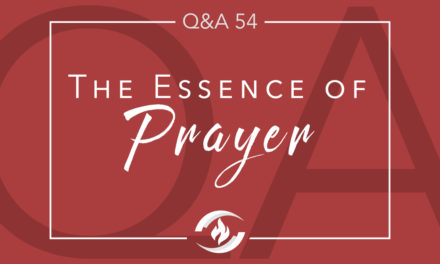 Q#54 The Essence of Prayer 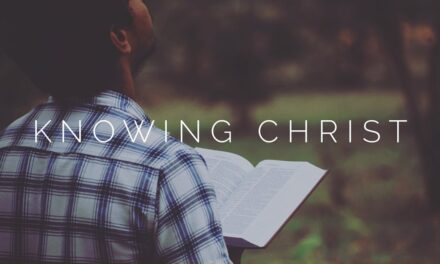 I enjoyed reading this article! A couple simple thoughts if I may. Matthew 28 in the Great Commission verses say to “teach all nations”. That word means make disciples. A disciple is a specific type of Christian. One who has counted the cost, and has decided to be a committed follower of Christ. The next part of the Great Commission is to “baptize them”. The “them” is the disciples that believe. So a candidate for baptism is someone who is saved but has also made a calculated decision to follow Christ and forsake the world. In American Christianity there are… Read more »