№ 124 – Pleading the Blood and Claiming the Throne

Hi John,
I’ve heard you publicly pray, “we plead the blood” and, “we claim our position at the throne.” Could you please explain what is meant by these prayer phrases?

Thank you for your question. I used to wonder about this when I heard others use this terminology.

The phrase plead the blood refers to that victory. In Revelation 12:11 the saints “overcame him [the devil] by the blood of the Lamb, and by the word of their testimony.” They verbalized the victory of Jesus over Satan through the shedding of His blood on the cross which paid the wages for man’s sins and legally regained the authority Adam lost in the Garden of Eden. This properly understood is “pleading the blood.”

God displayed His power “when he raised him from the dead, and set him at his own right hand [the throne/authority] in the heavenly places, Far above all principality, and power, and might, and dominion, and every name that is named, not only in this world, but also in that which is to come” (Eph. 1:20-21). But not just Christ, for the passage continues saying, “And you hath he quickened.” (Eph. 1:2). “And hath raised us up together, and made us sit together in heavenly places in Christ Jesus” (Eph. 2:6).

Jesus said in a context of dealing with the devil, “Or else how can one enter into a strong man’s house, and spoil his goods, except he first bind the strong man? and then he will spoil his house” (Matt. 12:29). Jesus also said, “Whatsoever ye shall bind on earth shall be bound [lit. have been bound] in heaven: and whatsoever ye shall loose on earth shall be loosed [lit. have been loosed] in heaven (Matt. 18:18). This is exercising throne seat authority over the enemy.

Christ won the victory over Satan at the cross. This will be fully manifested in the physical realm in the events of the book of Revelation. But in the spiritual realm (the heavenly places), Satan is at a disadvantage because there he is totally defeated! When we walk in the flesh, we foolishly place ourselves under a defeated foe, but when we walk in the Spirit, we can also war from the throne.

It is this truth of being in Christ on the throne that we can claim (take hold of by faith) and exercise Christ’s authority over the enemy in a given matter—in this case for protection in a church service so people are free to hear the Word without interference. 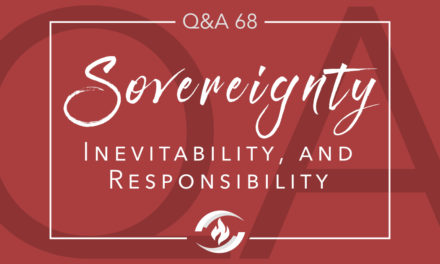 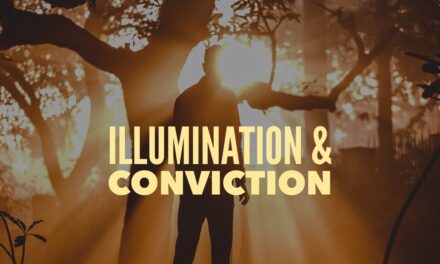 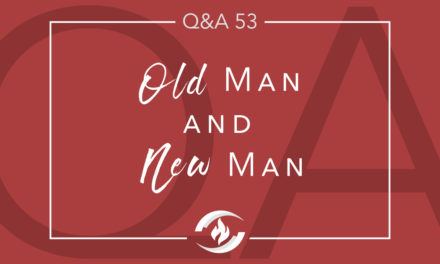 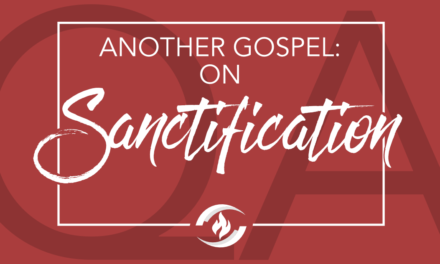 Q#28 Another Gospel on Sanctification

Amen! Thank you for this timely reminder.

So are we to do as the lady in the movie “War Room” literally say the words, I bind Satan?
I believe we need to be careful but not avoid using the phrase, “I claim [plead] the blood of on this situation.” Many use these words as a magical incantation rather than an actual awakening to the victory that is already won in Christ. Pleading the blood of Christ is the recognition of a finished work [which is what I believe you were alluding to in pointing out the past tense of the verbs].

Thanks again for the encouraging words!

Yes, it’s not a mantra of words but exercising faith based on truth. Important distinction. As to who does the binding, would you mind if we use this as a separate Q&A so I can devote more space to the answer.