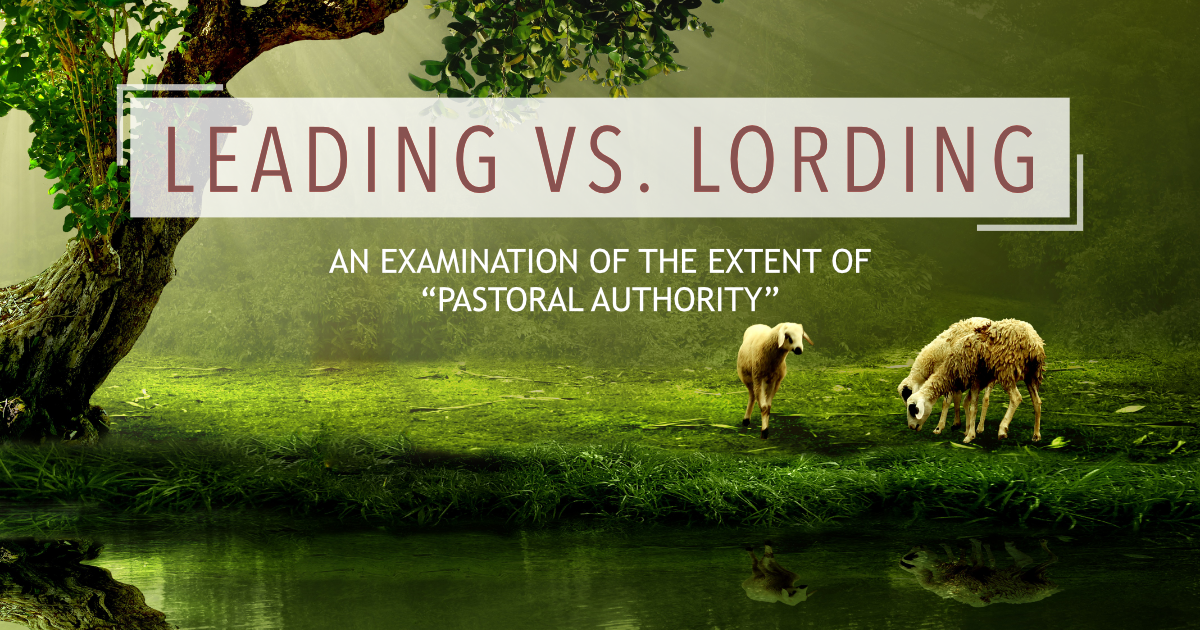 Often I hear people refer to “pastoral authority”? Is this a legitimate terminology? Is it a correct concept? Is it right to connect the word authority with the word pastoral?

It depends on how you define it—like the world, no; like the New Testament, yes. “Feed the flock of God …taking the oversight…Neither as being lords over God’s heritage, but being ensamples to the flock” (1 Pet. 5:2-3). Shepherds are overseers, but not lords. This distinction is the difference between the ways of the “Gentiles” versus the way of “the Son of man” (Matt. 20:25-28). The world abuses authority, whereas shepherd-leadership learns by faith to take the grace of God as “the servant of the Lord” who “must not strive: but be gentle unto all men, apt to teach, patient” and “in meekness instructing those that oppose themselves” (2 Tim 2:24-25). But what is the biblical extent of “oversight” (authority)?

The extent of pastoral oversight involves the realm of jurisdiction. Overseers must oversee, but this is organizational authority, not spiritual authority. In the spiritual realm God entrusts shepherds with leadership (influence), but not lordship (authority). Shepherds must exercise spiritual watch-care, and the sheep should be careful to obey the Holy Spirit if He speaks to them through their pastor. But Shepherd-leadership does not resort to the psychological abuse of “spiritual” manipulation and forceful tactics in spiritual matters. Real spiritual leadership uses leadership—influence, not force—so that those who follow do so willingly.  This means the leader must depend on the Holy Spirit in his own life—as well as in the lives of those he is seeking to lead, because the Spirit is working, not only in the shepherd-leader, but also in each of the sheep. Dictators manipulate and intimidate so people feel forced to follow. Leaders encourage and inspire so people feel glad to follow. Simply put, dictators force so people have to follow, but leaders lead so people want to follow.

The “oversight” of the “flock of God” in 1 Peter 5 addresses organizational oversight. This is a different matter than the spiritual realm. Organizational oversight is necessary or you would have chaos. Some one has to decide when a service will begin. Practically, since each shepherd must give an account to the Great Shepherd, he must follow the leadership of the Spirit regarding the church as an organization on matters such as service times, church-worker requirements, platform requirements, and so forth. This does not have to do with individual soul-liberty, but individual church unity. Here individuals need to defer to the leadership of the organization.

If authority includes the spiritual realm, then the pastor becomes a mediator between God and men—this is Roman Catholic control. Tragically, pastoral authority in the spiritual realm unwittingly teaches people to not have a personal relationship with the Holy Spirit. It teaches them leader-dependence instead of God-dependence. This atmosphere cultivates perpetual immaturity. While spiritual watch-care is a major part of pastoring, it cannot become spiritual authority, or people get hurt, not helped.

I thank God for the many shepherd-leaders I have been with over the years as an evangelist. What a blessing they are to their flocks as the leadership of the Spirit is followed and trusted, and the life of Jesus is manifested! Shepherd-leaders are not dictators, nor do they abdicate leadership. They lead. This is the difference between “shepherd-leadership” not “dictator-lordship.” 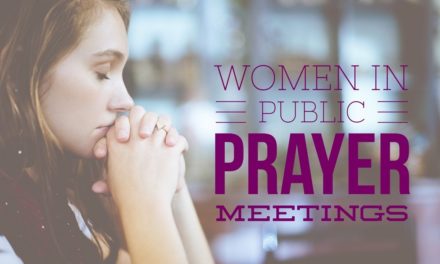 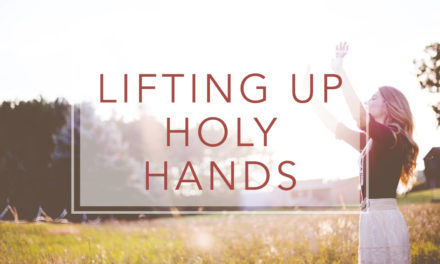 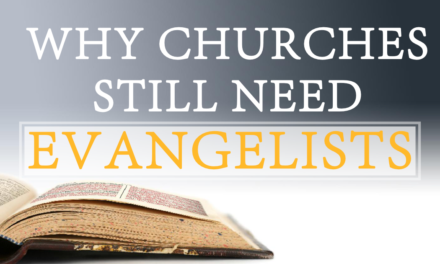 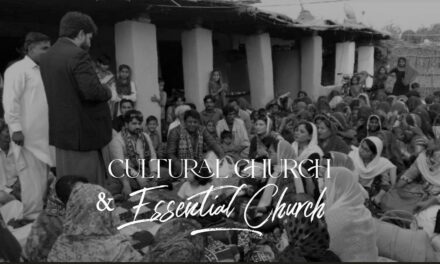 Thank you, Thomas! I’ll give it a look!

Hey Brother John!
At what point does a Pastor lose his spiritual authority?
Thanks!

The point is that in the spiritual realm it’s a matter of leadership, not “Authority.”

Excellent article and a real encouragement. I thank the Lord for such clarity of truth.

Thanks for the thoughts on this serious issue. God give us your humility!

Very good article. How does the organizational leadership of the pastor work in the modern day deacon boards of our churches? That I know of, the Bible never gives any authority to deacons organizational or otherwise, yet deacons lead in most of the church business organization. Is this method biblically incorrect? These are just some questions that have entered my mind as I have pondered this topic and heard/read things that others have said. Thanks again for another great article.

Good thoughts. It seems to me that what we call assistant pastors, the Bible calls deacons. I say this because only seven men were selected in Acts 6 to deal with a church of thousands. What we call deacons seems to come more from the corporate world. This is an area that needs some careful consideration.

Brother, I appreciate your comments and balanced perspective. God has greatly taught me about the importance of a leader being who he is supposed to be as a person, for we lead people to who we truly are. I am still contemplating the idea that pastors have organizational authority but not spiritual authority. I would think that taking the oversight is much more than the practical things of the ministry, but should include the spiritual oversight of the people – watching for wayward ones, leading the church to go forward for Christ, deciding what to preach on next, leading a… Read more »

He doesn’t go far enough. He still clings to “organizations authority,” and that is never the biblical concept. If a pastor assumes organizational authority, then he is a “professional minister” and the whole cultish cycle is perpetuated. The pastor’s only authority comes from showing what the Word says. No where in the Bible does God grant that pastors should have power over staff. These are man-made positions. “Someone has to decide when to start the service”… really? That is organizational authority? Wrong. That is just plain administration… and there is a gift for that, as found in Romans 12. Pastors… Read more »