Q#28 Another Gospel on Sanctification

Great answer (see Q#24 Another Gospel).  Perhaps we could tweak Jacob’s question using the same text reference of Galatians 1:6-9 to ask, in the context of Paul’s statement in Galatians, would it not be accurate to state that “struggle theology” is “another gospel”?

Great follow-up question to the “another gospel” issue! Perhaps a little background may help in addressing this.

“Struggle theology” is sanctification by works, whether an outright works emphasis or the more subtle works-plus-faith error (split-trust), as on justification by faith. Struggle theology is the “try harder” mentality that leaves the Holy Spirit out, at least in practice if not in doctrine. It is self-dependence. Perhaps as a result of over reacting to the excesses of others in the name of the Holy Spirit, it is a common error among many to ignore the Spirit. As a result many Baptists are Catholic in their articulation of sanctification.

This is not to say the Christian life does not have “struggles” in the sense of trials—it does. But the struggle of trying to live the Christian life on your own power—without the life of Christ Himself—does not need to be one of the struggles. Thankfully, through Jesus “we have access by faith into this grace wherein we stand” (Rom. 5:2). Walking by faith in order to grow in grace is sanctification by faith. Struggle theology is really another gospel as it relates to sanctification.

Obviously, Peter was not a Judaiser. In fact, he confronted the Judaizers strongly in Acts 15. However, his associational practice in Antioch blurred the lines so that Paul felt the need to confront him publically and record it for us to take warning today. In Peter’s case the issue was not his spoken doctrine, it was his practice that blurred his own teaching. Peter knew better and should not have confused matters. So Paul rightly confronted him. If Peter had not have responded humbly, Paul would have had to break associations with Peter for the sake of the clarity of the Gospel.

Like those who blur the condition of salvation unwittingly, many who blur the condition of sanctification do so unwittingly. In other words they would subscribe to the idea that we “walk by faith,” but then undermine this correct theology by also teaching the “try harder” emphasis either in doctrine or in practice. What is said out of one side of the mouth is orthodox, but what is said out of the other side of the mouth contradicts and undermines the truth.

For those who ought to know better but perhaps do not, and there is this unwitting confusion of emphasis, it seems it is not as clear a matter regarding associations. Maybe I am naively giving too much rope on this. As I said in addressing Q#24 Another Gospel, this is confusing and we need wisdom from the Spirit to know how to deal with it rightly from an associational standpoint. It would seem that one’s emphasis versus occasional confused statements would make a difference in how we deal with it. But it also seems that since this issue is not a lesser issue, but a core issue, we should do more than what is often done. 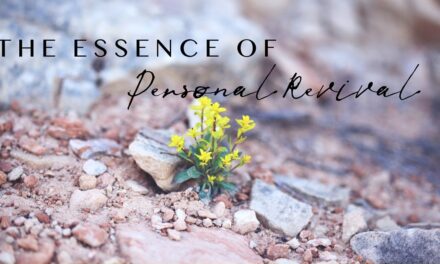 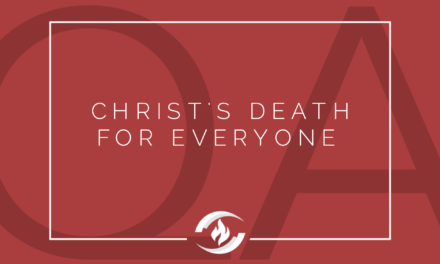 № 101: Christ’s Death for Everyone 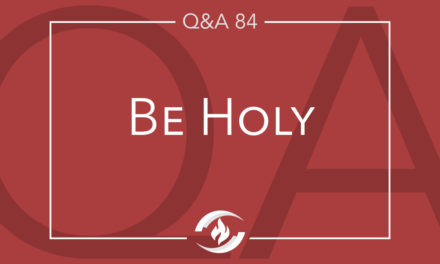 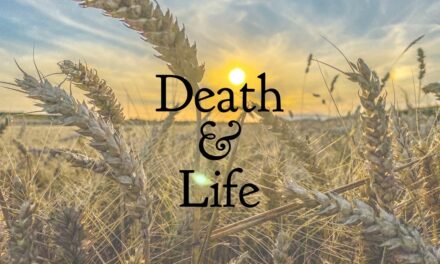 “Another Gospel, in the context of Paul’s letter to the Galatians is simply this: Dependence on the Old Testament Law and circumcision for salvation. This is what broke Paul’s heart and made him declare that this false trust was “another gospel.”

This is certainly a part, but Galatians 2:20-21 and 3:1ff deal with the same issue applied to sanctification.