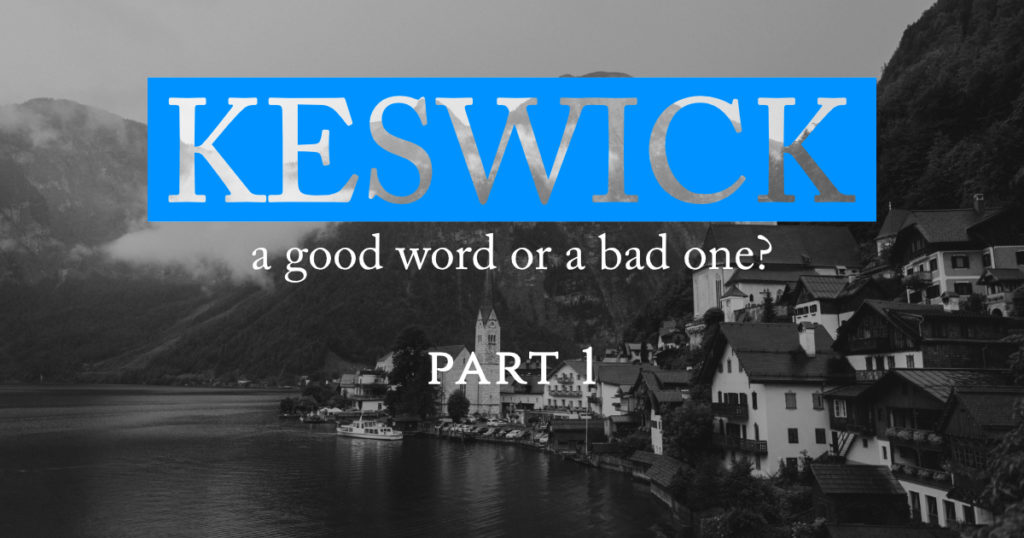 Occasionally, I hear people use the label Keswick in a derogatory fashion. Yet others use the term quite positively. Hearing something of these widely ranging opinions, someone unfamiliar with the term might wonder whether this word Keswick denotes something good or something bad. The issue, of course, is not the term but what is meant by the term. This present three-part series is an adaptation of the original article Keswick: A Good Word or a Bad One? and its follow-up Keswick: A Good Word or a Bad One? Revisited. After focusing on the historical background and theology in this first article, we will address inaccurate accusations made against Keswick theology and then conclude the series with a consideration of reasons behind the attacks.

Keswick is a beautiful town nestled in the Lake District of England. In 1875, a conference began there which continued annually as “The Keswick Convention.” Its original stated purpose was for the deepening of spiritual life. To accomplish this purpose, a definite theological position was taught—sanctification by faith, sometimes called holiness by faith.

Commonly referred to as the Higher Life, Deeper Life, or Victorious Life, the focus of the theology is on Christ as one’s life. In later years, various sub-groups attached other/additional ideas to some of the labels. However, the original intent was Christ-focused, and this singular emphasis is still championed by a majority of those continuing to use these terms.

Thus, the Higher Life, Deeper Life, Victorious Life, Spirit-filled Life and Christ-Life do not constitute a new line of teaching and do not stand as a mere set of doctrines or motions. The matter is neither a conference nor convention, and it is not a movement. It is a life—and that life is a person. His name is Jesus! Jesus is the “Higher Life.” Jesus is the “Deeper Life.” Jesus is the “Victorious Life.” How can it be otherwise? Sanctification, or holiness by faith, is simply accessing the “Holy Life” by faith. It is I live, yet not I, but Christ lives in me by faith (Gal. 2:20). Holiness by faith is accessing the holy life of Jesus to empower holy living and serving. It is becoming “partakers of His holiness” through the impartation of His life in the place of any self-dependent attempt to imitate His life (Heb.12:10).

Keswick theology teaches that “progressive sanctification” does not mean an inevitable, gradual sanctification, but rather that sanctification is accelerated by faith choices and hindered by choices of unbelief. Obviously, the Holy Spirit keeps working, but believers are responsible to cooperate in faith for sanctification to progress according to God’s will. Keswick teaches that just as justification is by faith, so also is sanctification by faith. “As ye have therefore received Christ Jesus the Lord, so walk ye in him” (Col. 2:6).

From the convention’s beginnings, a specific theme was emphasized for each of the conference’s five days, and this was designed to help hearers understand how to “progress” in sanctification. In order, the daily addresses covered:

The Keswick Convention began in 1875 and continues to this day in England. However, as with many movements, the original focus was lost over time, and today the convention no longer truly represents its original purpose. The first two generations of Keswick (roughly eighty years) held to the original theology. In other words, Keswick theology stayed largely true to its beginning through the 1950s. During this time, Keswick guarded itself from the extremes of certain factions within the “Holiness Movement.” Ecclesiastically, however, Keswick began to weaken during the Fundamentalist-Modernist controversy of the 1920s and 1930s. (The convention’s motto of “all one in Christ,” though a blessed truth in biblical proportion, set them up for potential compromise when this controversy came on the scene.) By the 1960s, compromise eventually eroded their theology in significant ways. However, it should be noted that many other Keswick or Keswick-inspired meetings have stayed true to original Keswick theology, even to this day.

Notice the number of familiar names and consider the esteem we have for these men, even to this day. R.A. Torrey was so respected that he was chosen as a leading editor of The Fundamentals, an early 20th century collection of articles penned by orthodox scholars. Almost 30% of the authors writing for The Fundamentals were speakers associated with Keswick, and their contributions made up more than a fifth of the 90 articles in the series. This is a significant fact and shows that Keswick was mainstream at the beginning of biblical fundamentalism and the countering of theological liberalism. Therefore, Keswick was clearly considered “orthodox” at its inception and in the stand against the rise of liberalism, and to denigrate Keswick is to denigrate the roots of fundamentalism.

I prefer to call Keswick theology “revival theology,” although there is a sense in which revival theology is broader than sanctification by faith. When one is awakened to the need to access the indwelling life of Christ by faith and begins to appropriate that life for the steps of obedience, personal revival occurs. Personal revival is a restoration to spiritual life—the life of Christ in you accessed by faith as the animating power to your personality. This doctrine did not begin in 1875 with Keswick. It began in the New Testament (John 10:10, 14-16; Rom. 6-8; II Cor. 3:5,17-18; 9:8; Gal. 2:20; 3:1-5,14; Eph. 3:17; 5:18; Phil. 1:21; Col. 1:27; 3:4) and can be traced throughout church history. Even in corporate revival, this is what occurs to the individuals involved. This is revival theology! In fact, in The Flaming Tongue, J. Edwin Orr’s account of early twentieth-century revivals affecting at least 57 nations, Orr repeatedly documents that Keswick-type conferences were used of God to either ignite revival fire or greatly fuel it.

Next week we will address some of the inaccurate accusations that have been leveled against Keswick theology. 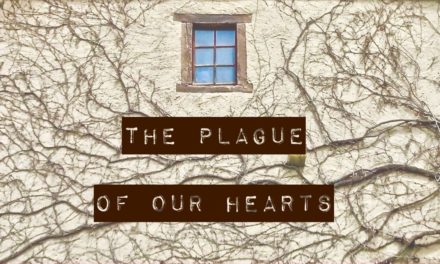 The Plague of Our Hearts 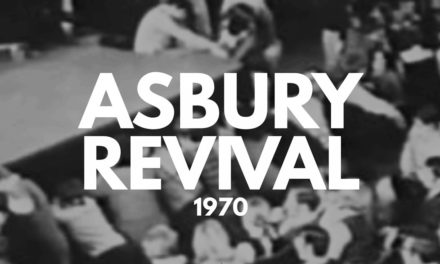 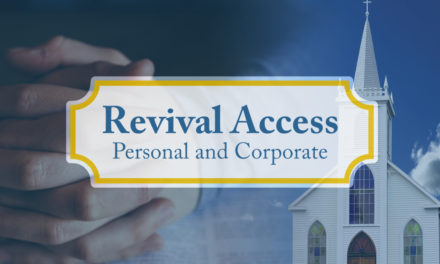 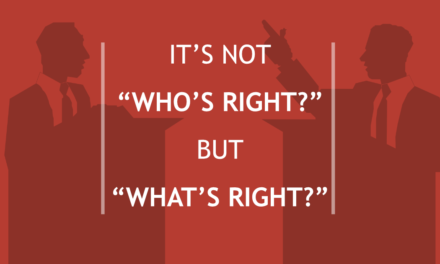 Can’t wait for next week

I love these 2 sentences- a big AMEN! The matter is neither a conference nor convention, and it is not a movement. It is a life—and that life is a person. His name is Jesus! Jesus is the “Higher Life.” Jesus is the “Deeper Life.” Jesus is the “Victorious Life.” I also have a question… if I see a defect in my character (an area of frequent failure), does that mean I need more faith? What is your advice on how to grow faith? It seems “trying harder to have more faith” can also become a work of the “self.”… Read more »

Thank you! I’ll post an answer to your question in the Q&A for this Friday. Others may be wondering the same.

Well done my friend! It seems the more the Lord matures me in the faith the more I see the error in broad labeling of “isms”. The truth is that in many of the “isms” there are points that are orthodox. That doesn’t mean we can necessarily paint a broad brush in describing certain people according to that label. There wouldn’t be so much fuss and time wasted if we quit the broad strokes of labeling and just compared everything to the Truth and moved on as soldiers of the Cross!

Thank you for the balance of truth. A pastor of a baptist church I’ve attended the last 2 months has preached on the need for the fullness of the Holy Spirit (specifically in our IFB church/churches), and then yesterday on
our need for the baptism of the Holy Spirit. God is at work. We really don’t have to live as low or lukewarm as many of us do in view of what Christ died and rose again for us to experience in Him!! His abiding Presence is a
broken, hungering-hearted prayer away, Jeremiah 33:3, Isa. 57:15, 66:2, Psalm 34:18.

Thrilled to hear that! Spot on!