Q#70 The Gifts of Prophecy and Tongues

Hello! Do you think you could do a post to shed some light on 1 Cor. 13 &14 as it relates to the gifts of prophecy and tongues? I recently encountered two individuals in my church who claim to have the prophetic gift. I learned growing up that this gift no longer exists in the church. Could you enlighten me? Thank you!

Thank you for your relevant question. Matters like these are on the minds of many, and discernment is certainly needed.

First Corinthians 13 focuses on love, not gifts. The point of the end of the chapter is not to support when certain gifts cease, but to emphasize the fact that love will never pass away. The next chapter, 1 Corinthians 14, has been highly debated.

A significant part of the answer depends on how words are defined. For example, if by “prophecy” new revelation is intended, then the canon of Scripture would be ever increasing, and we cannot accept such additions as genuine because the canon is complete.

For some, prophecy refers to a prediction or revelation of future events, but many who have claimed to be prophets in this regard have proven themselves wrong. Over the years, several bold forecasts have been offered by men, but important dates that pass without incident and predictions that fail to materialize show the claim of possessing such a prophetic gift to be hardly genuine.

Others use the word prophesy in the way one might use the term insight. When this is the case, it is just a matter of semantics. Still others use prophecy in the sense of preaching the Word of God. This use would be for edification and exhortation (1 Cor. 14:3). Defining terms will make it easier to understand a person’s claim on a gift.

Two positions are often referred to when discussing the issue. Cessationism claims that all gifts involving the miraculous, often called sign gifts, ceased with the apostolic era. Continuationism, however, claims these gifts continue to function.

When certain elements of Pentecostalism crossed denominational lines in the 1960s, many reacted by embracing the cessationist position. Yet, church history reveals that many miracles have taken place even through God’s people. However, a continuationist position can become extreme on the other hand, making certain gifts the sign of being filled with the Spirit (instead of signaling fullness through the fruit of the Spirit (Gal. 5:22-23) and effectiveness in the gospel as in Acts). Also, there is evidence of a counterfeit, often referred to as “strange fire.”

Several early Fundamentalists held a more moderate position. Likewise, I personally believe the cessationist position is an overreaction, yet, I do not embrace the continuationist position the way many use it. As is often the case, between two positions that are more one-sided, there is a third grid of theology. If God wants to grant the miraculous for the sake of the gospel, He can and has. Church history demonstrates this.

For example, the Bible never speaks of the “gift of healing.” Rather, it speaks of “gifts of healing.” If Paul had the gift, why does he tell us in 2 Timothy 4:20 that he left an ill Trophimus behind at Miletum still sick? This shows the issue is not possessing a constant gift of healing, but rather, witnessing gifts of healing when the Spirit stirs one to faith for the restoration of health.

If God wants to grant a language or give understanding for the sake of the gospel, He can. This was the position of A.J. Gordon and others at the beginning of the Fundamentalist movement. Church history reveals that when the gospel begins to penetrate unreached people groups, God sometimes does the miraculous in a way to authenticate the message. But as the gospel takes hold in an area, and especially as the Bible is translated into the regional dialect, miracles diminish as there is now available a more sure word which cannot be counterfeited. 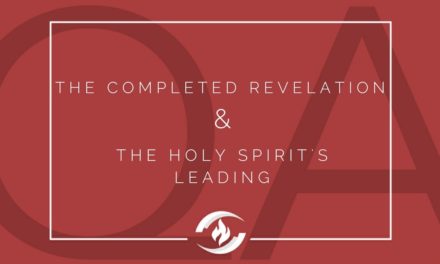 № 107: The Completed Revelation and the Holy Spirit’s Leading 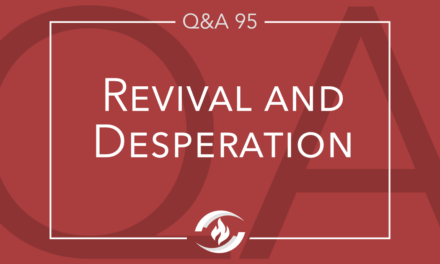 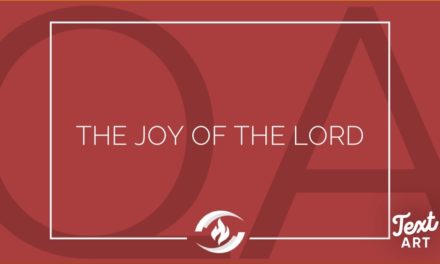