Should any distinction be made between the Bible words flesh (sarx) and body (flesh)?  Are they synonymous in some contexts?

Intriguing question! One I’ve thought about as well. Yet in some ways hard to answer, and in other ways simple. The word “flesh” [sarx] has many usages. For example, Vine delineates thirteen different nuances. The word “body” [soma] has several usages as well, though not as many. Some contexts reveal a synonymous usage between the two words, while others do not. This is the simple answer. But there are some other interesting considerations.

Often there is a sense in which the word flesh conveys the lower or sin cursed part of what’s in the body. On the one hand, your body is the temple of the Holy Spirit (who specifically resides in your regenerated spirit), and on the other hand your body contains the flesh. Perhaps a distinction between the “old man” and the concept of “indwelling sin” in comparison to the “flesh” may help.

In my understanding the old man is the unregenerated human spirit (Rom. 6:6). Indwelling sin (“sin that dwelleth in me”) is the sin “bent” or sin master who influences us toward sins (Rom. 7:17, 20). The flesh is the “turf” or sphere where indwelling sin seeks to operate in either the soul (psychological) or body (physical) levels or both. “Sin in the flesh” (Rom. 8:3) indicates that indwelling sin and flesh can be distinguished as the former operating within the latter, yet because of the close connection the two can also be referenced as if they are nearly the same. Prior to salvation the old man is included in the mix, adding in the spiritual to the psychological and the physical. But after salvation the old man is exchanged for the new man (regenerated spirit), so that the flesh only includes the soul and body levels for indwelling sin to seek to operate. 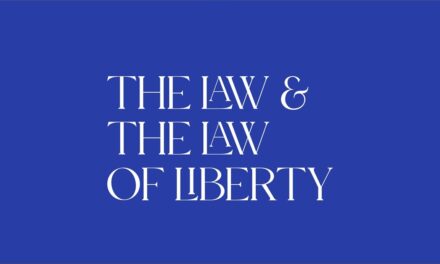 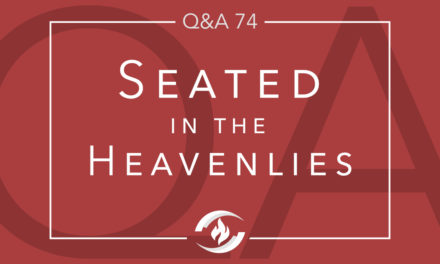 Q#74 Seated in the Heavenlies 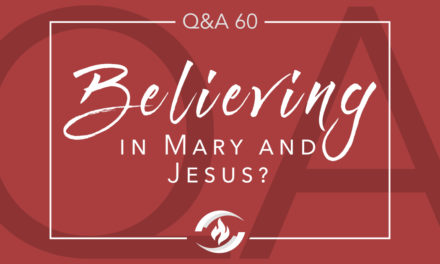